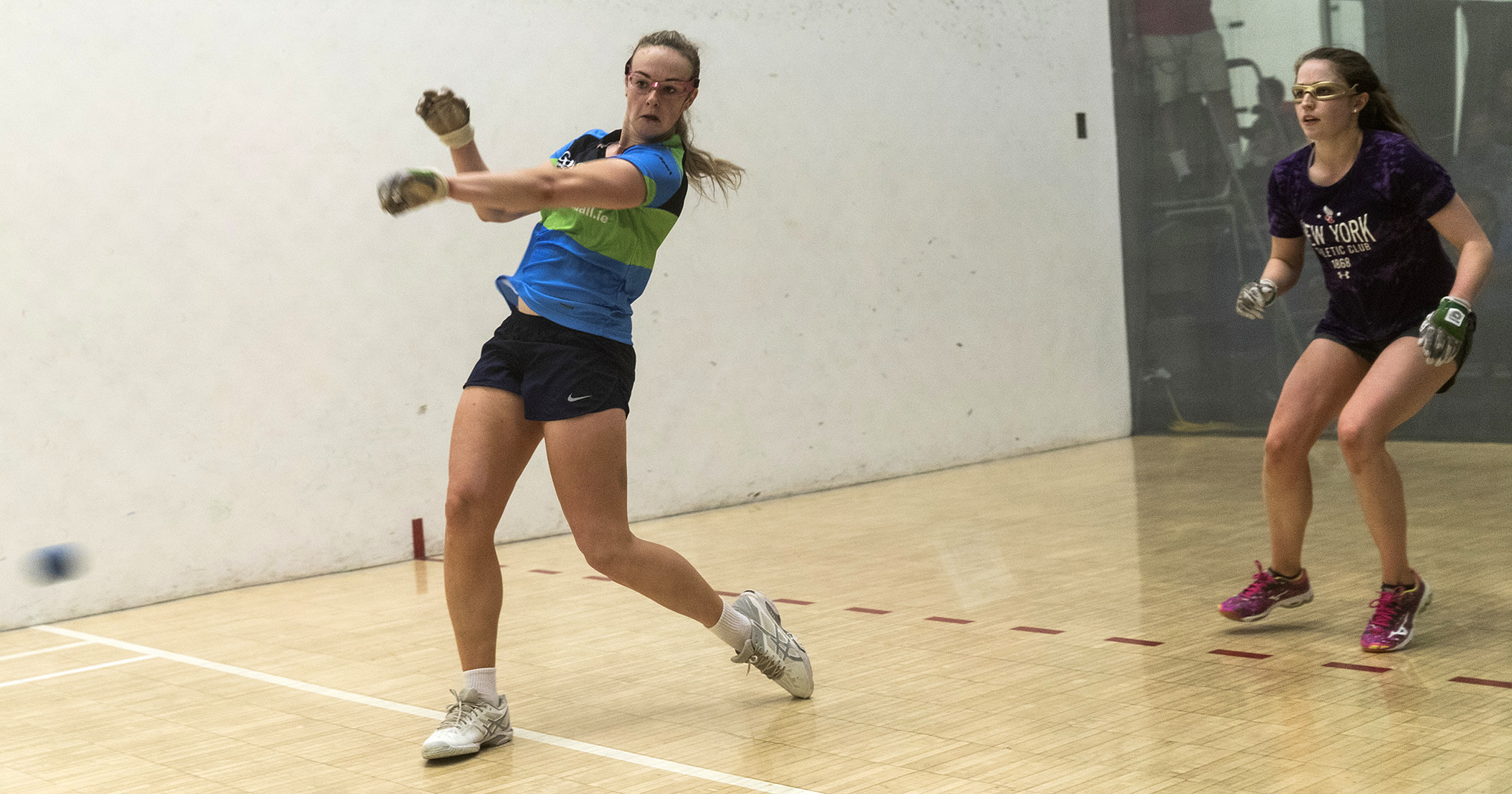 In her first match of the day, McMahon found herself in a battle against top-seeded Catriona Casey.  The two were locked in a heated game one, where McMahon held game point at 20-16.  It appeared Casey would catch McMahon as she put together an array of shots that dazzled the spectators in the stands.  Ultimately, McMahon took the final point to put an end to the rally, 21-18.

Casey was determined to force a tiebreaker, and once the second game started, she applied tremendous pressure by establishing a furious pace against McMahon.  Casey’s challenge was answered with equal fervor with McMahon unleashing her powerful left to end many of the rallies.  The two played to a 12-12 tie before McMahon would pull away, sealing championship point with a left-handed kill from the right corner.

In the doubles, McMahon and partner Aisling Reilly jumped on their opponents, Casey and Aishling O’Keefe, dominating the first game, 21-5.  In the second, Casey and O’Keefe jelled much better and made a push for a third game, but the firepower of McMahon and Reilly proved to be the difference as they clinched the 21-16 victory.

In the Men’s Open Doubles final, Ireland’s Robbie McCarthy and Diarmaid Nash defended their Worlds Crown with a dominating performance over top U.S. team Marcos Chavez and Sean Lenning, 21-7, 21-14.  The Irish team was just too strong and didn’t show any weakness as they picked apart the Americans.

Sunday’s finals capped an amazing event in Minnesota.  Special thanks to:  Steve Johnson, John Wilinski, the WPH, the MHSA, Keith Thode, the army of volunteers who were either scheduled or just simply stepped up when and where they saw a need to help.  Thank you to the players who traveled and put on an amazing 10 days of handball.  Full coverage of the event will be featured in the November issue of Handball Magazine.