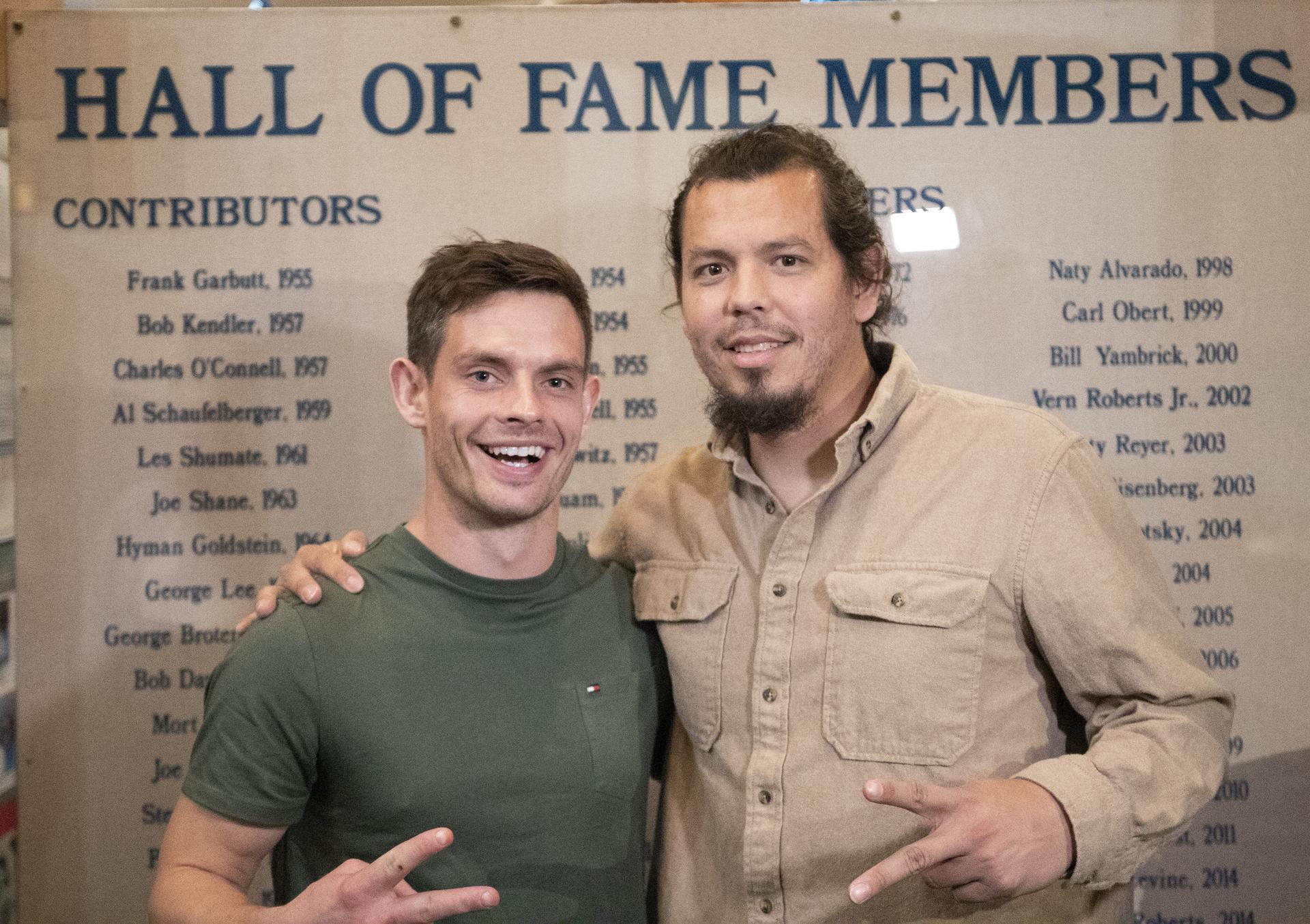 TUCSON — The Sunday morning finals at the Tucson Racquet Club played an exciting conclusion to the 26th USHA Hall of Fame Tournament & WPH R48Pro Stop #6. For the second time this season, Killian Carroll (Boston) would defeat Luis Cordova (El Paso) in the final to secure his 20th R48Pro final, 15-4, 8-15, 15-1.

It was a family affair in the Brothers Leo Canales Jr. and Sebastian Canalas defeated Leo Canales Sr. and Jair Cano in two games, 21-11, 21-16.

Miguel Sandoval stopped Sophia Della Croce’s rally for a third game in the B Final, winning, 21-8, 21-20.

One of the last divisions to be decided was the Hall of Fame Doubles round robin, where John Henning and James Oviedo emerged the champions.

Thank you to all the players, fans and families that supported the tournament. Special thanks to the WPH, their tremendous film and production crew, the Tucson Racquet Club and their amazing hospitality service, and to all the volunteers who stepped up and helped out throughout the weekend.  We hope to grow this event each year!

TUCSON — Play concluded Saturday setting up Sunday’s exciting finals in the WPH R48Pro draws and Hall of Fame divisions. Players and fans enjoyed daily hospitality from the Tucson Racquet Club wrapping up with a dinner in the downstairs restaurant.

A special Saturday Night at the Handball Hall of Fame offered players and families a chance to visit the museum while enjoying some refreshments and light snacks. R48Pro finalists Luis Cordova and Killian Carroll along with many others made an appearance and toured the museum.  Also at this time, the Marty Decatur Sportsmanship Award given each year during the Hall of Fame Tournament was presented to Bill Mehilos of Indianapolis.  Mehilos was recognized for his national participation, volunteerism for handball and good will on and off the court.

TUCSON — A “blustery” Friday in the Ole Pueblo cooled temps to the low 70s, but conditions were perfect for players, fans and families inside the Tucson Racquet Club for the 26th USHA Hall of Fame & WPH R48Pro Stop #6.

The return of the Hall of Fame tournament was welcome news for handball players who enjoyed the annual celebration each Spring. Being paired with the sixth WPH R48Pro Stop, the final stop of the season before the Player’s Championship in Salt Lake City made the event even more special creating extra buzz.

See the draws and today’s results on the tournament’s R2Sports site HERE.