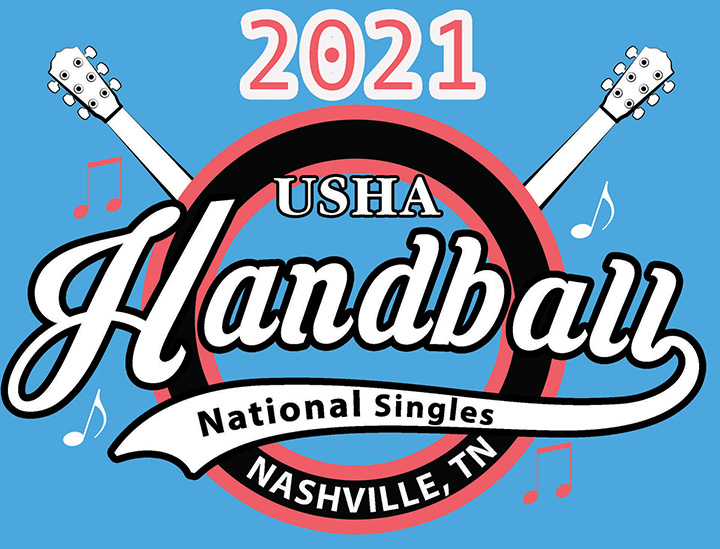 Championship Sunday began with Ashley Moler taking on Danielle Daskalakis for the Women’s Open title. Daskalakis continued her lights out play that she displayed all weekend, never allowing Moler to find her groove. She defeated Moler 21-7, 21-8 to win her first Four-Wall Nationals title. She has now won a one-wall, three-wall, and four-wall national open singles title.
The highly anticipated Men’s Open title between Paul Brady and Killian Carroll followed after that. Brady was aiming to become the all time record holder for open national titles, as he is currently tied with Naty Alvarado with 11.
Carroll built an early lead the first game and looked in control at 13-9. Shortly after that Brady began to find the bottom board and continued to do so for the rest of the first game, winning 21-15. Carroll flipped the script the second game and jumped out to a big lead again, but this time didn’t allow Brady to make a run, defeating him 21-6. The tiebreaker was back and fourth, and Carroll was serving at 4-4 when an absolute heartbreaking turn of events took place. Brady rolled his ankle and was unable to finish the match, despite making every effort to play. This gave Carroll the victory and his fourth national title. Both players were showcasing extremley high level handball it’s saddens us all that it ended the way it did. Congrats to both players on a great tournament and we wish Brady all the best and hope he has a speedy recovery.
You can view the results from all divisions HERE. Congrats to all of our National Champions!

The finals are set for every division tommorow at the USHA Four-Wall Nationals Singles. Competitive Handball was played throughout the day, with many great matches taking place.
In the Men’s Pro division, Paul Brady cruised passed Daniel Cordova, dominating the match from start to finish with his overwhelming power.
Killian Carroll defeated Martin Mulkerrins in what was the match of the day. After splitting the first two games, Carroll held a 10-1 lead in the breaker but struggled to close as Mulkerrins began to get hot. Finally, Carroll found his stroke and rolled out two shots in a row to earn a sideout and the final point.
Carroll and Brady will square off tommorow at 11:30am. You can watch it live on our youtube page HERE.
The Pro Women’s final will take place just before the Men’s final, when Ashley Moler will take on Danielle Daskalakis.
Moler defeated Kristen Hughes in two convincing games and Daskalakis defeated Mikaila Esser in two tight games to advance.
Check out all of the finals by clicking HERE.

Day 2 – Day two of the USHA Four-Wall Nationals Singles Championships brought all divisions to the semifinals. In the Men’s Pro division, Paul Brady will face Daniel Cordova in the top half of the bracket, while Killian Carroll will face Martin Mulkerrins in the bottom half of the bracket. On the women’s side, Ashley Moler will face Kristen Hughes while Danielle Daskalakis will take on Mikaila Esser. You can check out the semifinals in all divisions by clicking HERE. Follow along and watch the pro semifinals live on our YouTube page.

DAY 1 — The USHA Four-Wall Nationals kicked off Thursday at the Dowtown YMCA in Nashville Tennesee. This is the first singles nationals to be played since 2019 and is also a WPH Pro Stop. The opening round began in several divisions.

In the men’s pro division, top seeds Paul Brady, Killian Carroll and Martin Mulkerrins were not in action today but will be tommorow as the round of 16 and round of 8 will be played Friday. The women’s pro division will also begin Friday. You can check out the results in all of the divisions HERE

Exhibition court matches will be streamed on the USHA’s YouTube Channel HERE.

Before you travel to Nashville, please read the city’s COVID-19 information HERE.
Local handball players shared some of the best places to visit while you’re in Nashville:
SITES AND SOUNDS OF NASHVILLE

This is not intended to be an exhaustive catalogue – rather, some spots our local handballers thought might be of interest. Please check these places out on your smart phones for times, availability, and directions. Bear in mind that parking can be a problem in downtown Nashville these days. If you have questions, don’t hesitate to ask one of the local players either at the desk or throughout the tournament