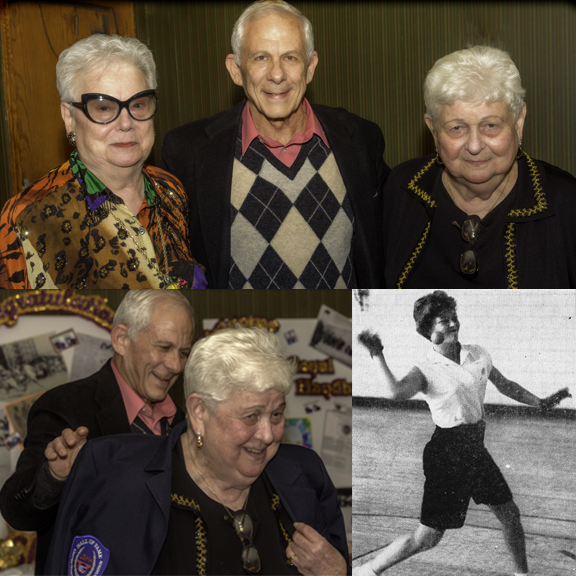 On November 22, 2015 Sheila Maroshick, brilliant one-wall singles star from 1949-1964, was officially inducted into the USHA Hall of Fame in Brooklyn at Chadwick’s Restaurant at 89thStreet and Third Avenue, not far from where she lives with her sister, Eileen.  Eileen was the celebration’s gracious hostess.

Sheila kicked off the festivities with a beautiful prayer she had written many years ago for an assembly program she directed at the junior high school where she taught.  That long ago special program welcomed guest speaker Eleanor Roosevelt, who praised Sheila for her elegant words.  After the prayer Sheila spoke briefly of her handball glory days and of her gratitude for being accepted to the National Hall of Fame.

During the evening attention was called to Sheila’s latest book, The Inquisitive Children, from which all proceeds will be donated to the Make a Wish Foundation.

City Councilman Vincent Gentile presented Sheila with on official citation for her Hall of Fame career, indicating her contribution to the City of New York as an athlete.