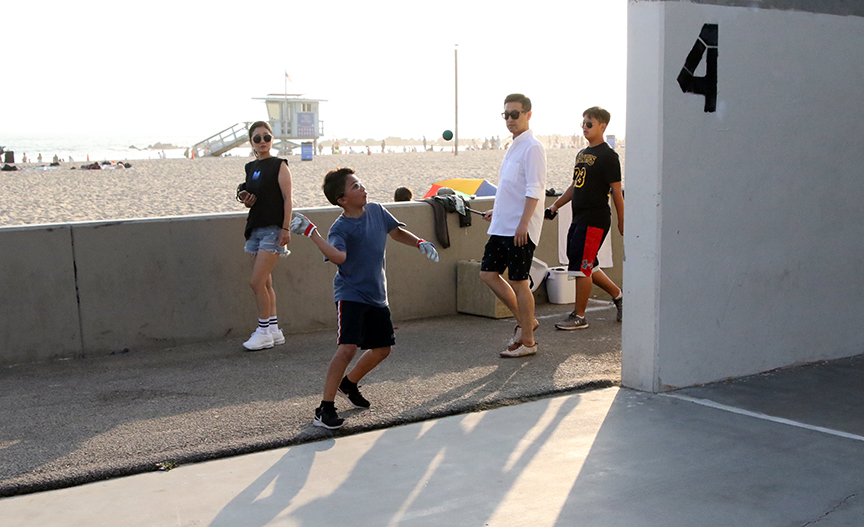 VENICE BEACH, Calif. — The 2018 USHA National Junior 3-Wall Championships wrapped four-straight days of small ball and big ball singles and doubles at the Venice Beach Rec Center late Sunday afternoon.  Many of the top seeds advanced to finals in four divisions, giving them a huge workload on the final day.

It was another tremendous National Junior 3-Wall Championships, hosted by the Southern California Handball Association.  Kids were treated with amazing backpacks, shirts and hats as well as a BBQ lunch each day at the beach.  A special “thank you” to the volunteers who braved the beach traffic and hot sun throughout the event:  Marcus Hough, Mark Zamora, Roy Harvey and the many others.

Thanks to the First Ace & Presidents Club contributors, 43 of the 81 participants who traveled from out of town received travel fund assistance from the USHA!  Want to support First Ace or Join the Presidents Club?  Donate through our secure online store HERE.  The United States Handball Association is a 501(c)(3) tax-exempt organization.  Thank you for your support!