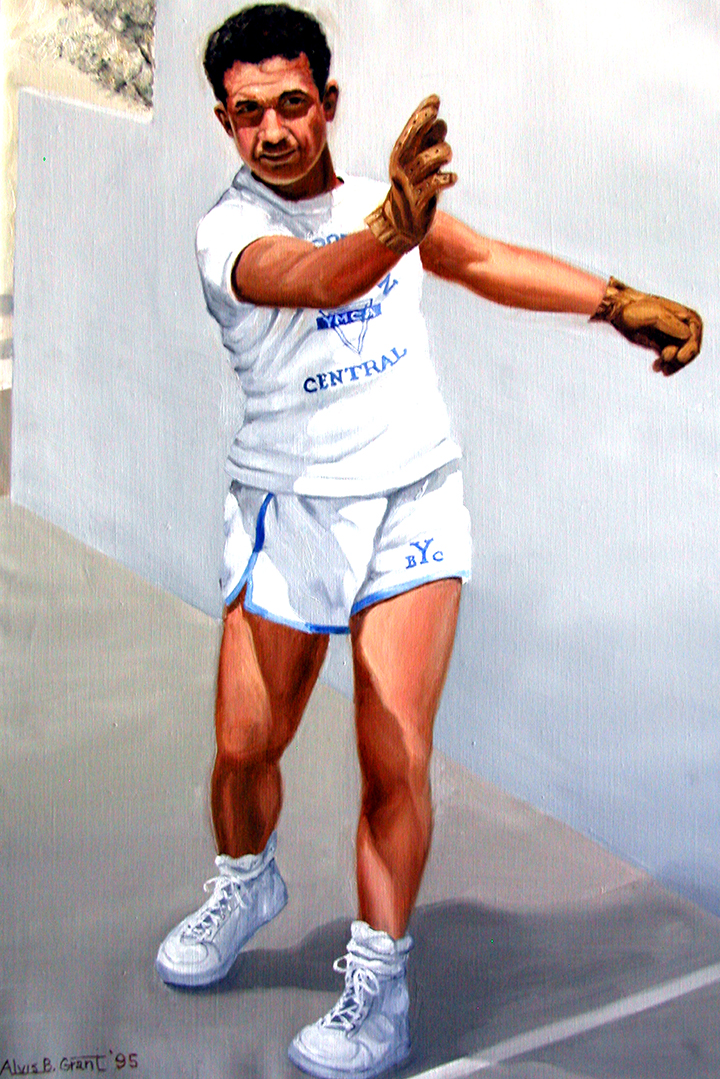 Hershkowitz is considered by most historians as the greatest all-around player in handball history. No other player has ever so thoroughly dominated one-, three-, and four-wall handball competition. It was appropriate that Vic should win the first USHA Masters singles in 1966. In addition to his 23 national Open singles and doubles championships, Hershkowitz holds 12 national Masters titles.